Mercantilism is an economic policy whereby a nation aims to maximize exports and minimize the imports. Originally adopted by European nations between 1500 and 1800, mercantilist nations implemented policies such as tariffs and subsidies in order to boost exports and make international imports more expensive.

Mercantilism originates from the term ‘mercantile’, which refers to merchants and trade. By extension, mercantilism is the philosophy and belief that trade with other nations should be regulated through what is now known as ‘protectionism’.

As trade developed throughout the years, countries became concerned about the balance of trade. If nations import more than they export, they are effectively shipping out gold for goods. For instance, if country A exports $60 worth of goods to country B, but buys $100 – it is left with a trade deficit of $40. That represents a net outflow of $40.

The idea was that if the net outflow continues, then the country would have no gold left. At the time, this was fairly logical. After all, they didn’t have the same floating exchange rates that we do now. Instead, the most economically effective nations would produce enough for themselves and earn a net income from abroad. The fear was that other nations might amass enough gold to launch an invasion.

Mercantilism was a popular economic school of thought in Europe between the 16th and 18th centuries, but it wasn’t officially named until Adam Smith released his book ‘A Wealth of Nations’ in 1776. He highlighted how European powers aimed to restrict imports, whilst actively encouraging exports. The aim was to bring gold and silver into the country and thereby stimulate domestic employment.

This was a period of religious and commercial warfare, but also the Age of Discovery, which saw the British, French, and Spanish empires expand rapidly across the world. As empires expanded, gold became more and more important. First of all, gold was needed to fund the empires military – particularly at sea. Second of all, gold was seen increasingly as a sign of wealth and power. The more gold a nation had, the richer and more successful it was. 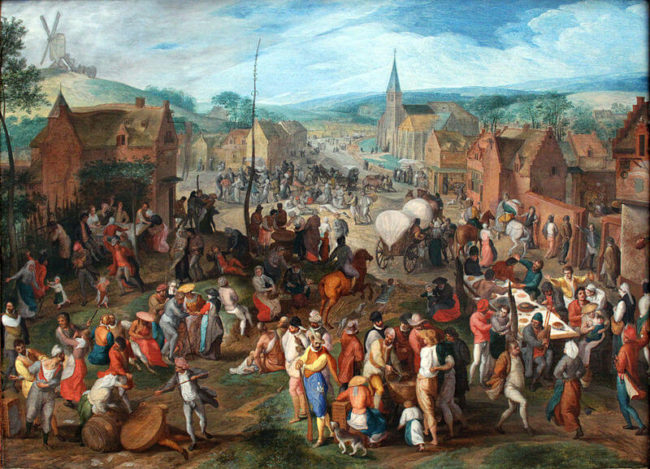 As colonies grew, it meant there was a more interconnected system of trade. For example, Britain had links to Australia, India, Canada, and significant parts of Africa. Similarly, France had colonies in Africa, North America, and parts of Asia. The world was becoming interconnected and each imperialist had an incentive to keep trade going between the colonies and itself.

The colonies were important to France, Britain, and Spain, which had little in the way of raw materials. For instance, Britain relied on its colonies to provide goods such as sugar, tobacco, tropical fruits, and gold. The idea was that a nation’s colony would provide raw materials that would then be converted into final goods and sold at a higher price. This would then provide a favourable balance of trade to the mother country – enhancing its gold stock.

By controlling the supply of goods, but more importantly, gold, between trading destinations, the mother country was able to ensure it enhanced its wealth. At the same time, it prevented other colonies from procuring the same goods. So the colonists controlled where the goods are going and where they are coming – meaning control of the full supply chain between nations.

Gold was associated with wealth and power. It not only allowed nations to pay for soldiers and expand the empire but also for its symbolism of wealth. Nations saw gold as protection against invasion and a lack of gold would inevitably lead to the nation’s demise.

Gold mines were in short supply in colonist nations such as Great Britain, France, and Spain, so they relied on their colonist nations to provide its supply. By procuring raw materials from the colonies, it would convert them to final goods and sell them back for a profit in gold.

2. Belief that Wealth is Static

At the heart of mercantilism was the belief that wealth was static. As gold was rare, it was seen that there is only a limited supply. So importing more from one nation than it exported meant it was losing wealth. In other words, one nation could only benefit at another’s expense.

According to mercantilist theory, a large population was necessary in order to supply labour, markets, and an army to the nation. The larger the nation, the more wealth in could accumulate, and the bigger its army. So larger populations were associated with an increase in a nation’s prosperity.

Mercantilists believed that by exporting more than they imported, it would be able to acquire a net accumulation of wealth from other nations. However, by contrast, if the nation brought more goods from abroad, it was essentially sending gold, wealth, and power abroad.

Colonists relied on their colonies not only for raw materials but to ensure a net transfer of wealth and gold. In the long-term, this helped finance further expansion across the globe. More importantly, it helped the mother nation become self-reliant.

The state had a monopoly in the fact that it was the only nation able to supply to its colonies – so it was only able to import or export to the mother country. This was because its mother nations relied on it for raw materials, whereby they were converted into final goods and sold back at a profit. The result was a net transfer in gold from the colonies, to the colonists.

Many empires enforced a ban on trade between its colonists, as well as that of other empires. For instance, when Britain had control over India, it was banned from trading with other colonies such as Australia or Canada. At the same time, many nations imposed tariffs to make imports more expensive and uncompetitive.

The aim was to suppress imports coming into the country, without completely eliminating the goods that it needs. However, nations managed to secure key resources from their colonies in order to ensure self-sufficiency.

Mercantilism is a form of protectionism that was practiced throughout the Age of Discovery (16th – 18th Centuries). It became popular among the seafaring nations of Europe as it discovered the other nations of the world. Notable examples include Spain, Britain, France, and Portugal.

In 1651, the British government, led by Oliver Cromwell, introduced a legislation that made it illegal for any foreign ship to carry goods from or to any of its colonies. All trade was to be conducted by a British ship, with a British owner, master, and majority crew.

Colbertism was named after Jean-Baptist Colbert, First Minister of State in France between 1661 and 1683. It refers to the number of mercantilist policies implemented during his time in office. He introduced tariffs, encouraged public works programs, and set up the France merchant navy – in the bid to expand exports abroad.

Since the company’s inception and its eventual decline, it paid the government in exchange for sole rights to trade with India. This not only brought gold back to Britain, but also helped establish a strong and permanent trade route between Britain and her colonies.

The arbitristas were a group of reformists in Spain who were concerned about the decline of their country. Their primary concern was the growing dependence on Spain’s colonies to provide her with the necessary resources. The Spanish people were suffering and domestic business was suffering due to imports. In turn, the arbitristas suggested stricter regulations on imports and tax subsidies to agriculture workers. The aim was to boost domestic business whilst exploiting the nation’s colonies through its exports.

At the heart of mercantilism is the idea that wealth is centered around the accumulation of gold and other precious metals. Today, we consider the wealth of a nation to derive from its GDP, or economic output. This is because true wealth is based on what the land and labour are producing – not how much gold it has. Gold is unable to cure hunger unless it is exchanged for food. However, mercantilists prefer to be self-sufficient and refuse to import. Yet some nations are unable to grow enough to feed themselves, which is exactly what happened in Spain. Although it had a high level of gold, the majority of its population went hungry.

A nation that is unable to provide basic necessities for itself can hardly be considered wealthy. At the same time, the monopolies that the state granted prevented domestic firms from competition. By placing high tariffs and restrictions on imports, domestic firms are largely insulated from competitive pressures. These pressures would create an incentive for firms to improve the efficiency of production in order to produce at a lower price.

The attack against imports was based on the principle that wealth is set and cannot increase. In other words, one nation’s loss is another’s gain. Yet this assumption is false. The reason was highlighted by Adam Smith in his book ‘A Wealth of Nations’. In this book, Smith identifies ‘comparative advantage’ – whereby one nation is comparatively more efficient at making Product A, whilst another country is better at making Product B. By focusing on the product which the nation is most efficient at making – both nations will obtain a higher output, and therefore wealth.

What exactly is mercantilism?

Mercantilism is the belief that importing goods is bad as it transfers gold and wealth abroad. In turn, mercantilists use trade barriers such as tariffs, quotas, and regulations to prevent imports and ensure a positive trade balance.

Why is mercantilism bad?

Mercantilism reduces trade and cooperation between countries, which makes goods more expensive and difficult to procure. For example, tropical fruits cannot be grown in western countries such as the UK and France, so need to be imported. At the same time, it forces a country to be self-reliant. That isn’t always the most economically efficient, as other countries may be able to provide goods at a lower price than can be achieved domestically.

What are 7 characteristics of mercantilism?

The 7 characteristics of mercantilism are:
1. Desire to accumulate gold
2. Belief that Wealth is Static
3. Desire for Large Population
4. Positive Balance of Trade
5. Reliance on Colonies
6. State Monopolies
7. Trade Barriers Intangible Assets Definition - An intangible asset is one by which has no physical presence. In other words, it cannot be seen or touched.… Factors of Production Definition - In economics, the factors of production are the separate elements that work together to create a good or service. These…